How to install Jekyll on macOS?

Jekyll is a static site generator, it will help you transform your plain text into static websites and blogs. I had a few errors when installing it, so here is a quick tutorial on how to install it on macos and start your Jekyll based site. Tested on macOS Sierra (v10.12).

You can check first the official documentation on how to install Jekyll on macOS (). It did not work for me, for a couple of reasons I will explain bellow.

The main command line to install Jekyll is:

This did not work for me, as it resulted in an error message.

After some digging, it seem that macOS changed the permission system on /usr/bin, so now if you want execute that command you need to provide the location as parameter. Execute the following command:

This will install jekyll on the right location. If you do no get an error message, you are good to go! Unfortunately, I had another issue:

In order to run Jekyll, you need ruby. Ruby is installed on macOS by default, but not in the latest version. The latest version of Jekyll requires Ruby version >= 2.1.0.

If you are in the same situation, I recommend you leave the ruby of macOS alone and install another version (more recent) aside. Two main options:

Ruby Version Manager (RVM) is a command-line tool which allows you to easily install, manage, and work with multiple ruby environments from interpreters to sets of gems.

Follow the instructions on how to install RVM on https://rvm.io/

Then install ruby in version 2.4.2 for example:

Using brew (https://brew.sh/), "Homebrew installs the stuff you need that Apple didn’t." For example, I am also using brew when I installed git, php, wget or docker. Install brew:

Once you have brew installed, you will be able to install a more recent version of ruby:

That's all. Have fun! 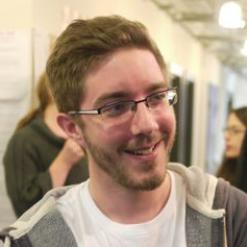 This may also interest you: